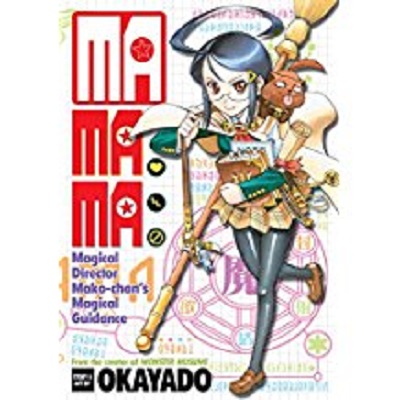 I stole the headline from the back cover of the book. I couldn’t really come up with anything better, and I want to give credit where credit is due. This book was written by Okayado, the creator and artist of Monster Musume. For most of you, that’s all you needed to read. You know what to expect, and you’ve either already picked up this book or you’re ready to skip to the next review or article on the site. I get it. I won’t be offended either way.

For the rest of you, though, here’s what to expect: Boobs. Okayado even says it in the afterword to volume 1: “Readers, I love breasts!” he writes, going on to explain and illustrate each character’s cup size in more detail than most people might be comfortable reading. I picked this book up – despite knowing all that – for one simple reason: I love the hell out of Monster Musume. It’s lewd, perverse, and it adds all new definitions to the word “fanservice” but it’s also funny, well-written and drawn, and chock full of characters (both monstrous and otherwise) that have a depth to them you wouldn’t quite expect from an ecchi book.

Magical Director Mako-chan’s Magical Guidance (hereafter to be referred to as MaMaMa (even the author of the book does it!)) follows that same formula. To graduate from her magical academy, witch-in-training Mako must perform the “soul pact” with an innocent soul – the more innocent the better – which will bind that person to her. Unfortunately, Mako didn’t count on her target, a pure-souled saint of a man, having a twin brother who is his polar opposite. Junji  – the “evil twin” in question – almost serves as a stand-in for the stereotypical reader of this kind of book, a pervy youth who has next to no redeeming qualities about him (I said “stereotypical”. Of course I wasn’t talking about you, right? (Wink, wink!)). It isn’t hard to see where this is going, and which boy Mako ends up kissing.

As with Monster Musume, this book relies on humor, characterization, and yes…copious amounts of fanservice…to drive the story. That it delivers so well on all three counts makes it worth considering, even if that last element might not quite be to your taste. Okayado has this amazing ability to take something which sounds…and let’s be honest, is…lewd and perverse, and turn it into a book you actually find yourself caring about.

The goal of ComicSpectrum is to provide a one-stop reference for everything about & related to comics and comics culture.
View all posts by comicspectrum →
This entry was posted in Seven Seas and tagged Ecchi, Fanservice, Magic, Magical Director Mako-chan, MaMaMa, manga, monster musume, okayado, Seven Seas. Bookmark the permalink.